Does your business have a data center or server room? Do you have computers or other electronics that generate a lot of heat and need stable, cool environments to not only work efficiently, but not catch on fire? Air conditioning is only part of the equation, as there needs to be precision, specifically directed airflow to make cooling and computing work together well. Here are a few common pitfalls of commercial air conditioning for tech hubs, along with ways that heating, ventilation, and air conditioning (HVAC) professionals can help.

With data centers, you have an internal heat source that can make standard air conditioning installations a challenge. Servers and computer rooms are basically like having a heater and the air conditioning on at the same time; two opposing temperature sources battling each other to the point of costing more money on your power bill.

Computers can produce heat at a fairly fast rate, especially when handling multiple requests from multiple computers or even visitors from the internet. A large mass of heated air can collect in the computer area and can be a challenge to cool, since there is some travel time from cooling vents that allows more air to be heated before enough cool air can get to the source of the problem.

This usually means that businesses will set their computer rooms to low temperatures and keep the air conditioning on permanently. There are better ways.

How Can HVAC Professionals Solve The Data Center Cooling Problem?

Directed cooling is the way to go, and HVAC professionals are equipped to add the proper infrastructure and accessories to make your data center cooling more efficient. The most effective techniques involve either hoses or pipes that move directly over the computer equipment, especially when dealing with servers.

Many server cooling techniques involve placing servers in enclosed or nearly enclosed cabinets with a large supply line of cool air on the top, along with exhaust ports near the heat-generating parts of the computer.

Hot air is displaced and cool air is supplied at a lower, more controlled rate than having an entire room cooled by standard room or building-wide air conditioning. Similar techniques involve moving rigid pipes directly over the heat-generating devices, or some other way of sending the cooling directly to the systems.

Contact a commercial air conditioning professional to discuss other ways to maintain a cool tech hub. 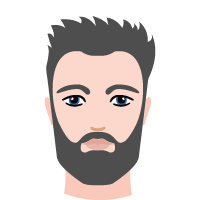